Directed by Alfredo B. Crevenna 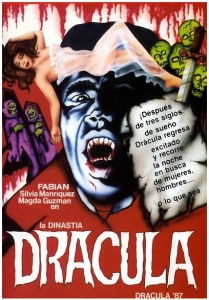 You would be excused for thinking this flick is a parody, along the lines of 1979’s Love at First Bite, but although that isn’t actually the case, I hereby invite you to go ahead and enjoy it in that light anyway. Heaven knows you may not be able to otherwise enjoy this (copyrighted 1978) telenovela version of the same old Dracula mythos, transplanted here to Mexico. This time, the Count is German, for some reason, which is not reflected in his unaccented Spanish. The FX are repetitious and hilarious, the vampires suspiciously easy to defeat, and the subtitles occasionally provide nothing other than “?????” (Thanks to whoever provided them, though!) This is one case where the remarkably poor quality of the aged, digitized VHS copy only enhances the experience. Two things are unexpectedly, if not exactly surprisingly, missing: a blaring rock soundtrack and gratuitous (or any) nudity. 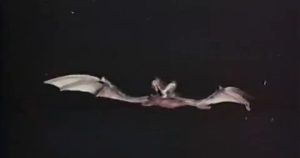 It sounded interesting enough, and I felt as though I’d been neglecting foreign horror offerings. 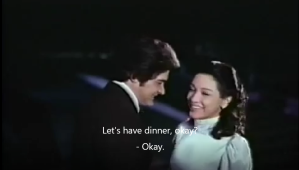 If you look for information about this production, you will encounter more than one comparison to monster films featuring Paul Naschy. Make of that what you must. 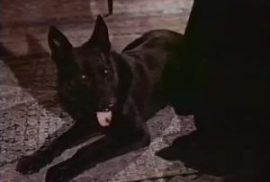