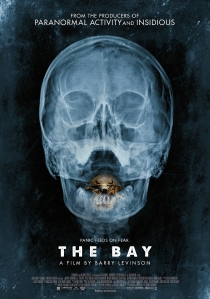 Like most people who prefer to believe they’re rational actors, I hear the descriptions “found footage” and “mockumentary” in the synopsis of a “horror film” and I metaphorically run the other way. Then again, it is also true that nearly every art form, no matter how dubious, contains within it the potential for the sublime, for a performance that can outstrip its lowly genesis.

There are two directions I could be headed here, right? “This is not that movie” or “The Bay is a stellar example.” Well, it’s the latter. Buttressed by some splendid performances amongst its nearly anonymous cast, and paced very effectively in the creeping dread of its reveals, this Barry Levinson production is an exemplary and audacious eco-terror. Something is terribly wrong in Chesapeake Bay, you see. Is chicken farming to blame? Perhaps yes, but it’s much more complicated than that. Even so, between this and Cooties, the poultry industry must have been glad that lower-tier fright flicks don’t generate a lot of societal uproar. 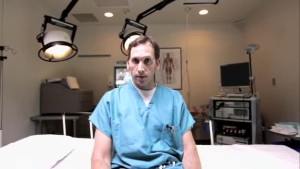 ‘Twas Independence Day, but I couldn’t make it through the blockbuster with that title; the action herein also takes place on said holiday. 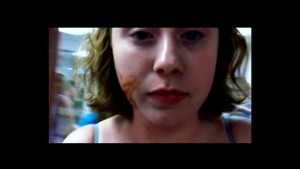 As a Radical Leftist® who thinks commercial fishing should be banned, of course I endorse this picture. 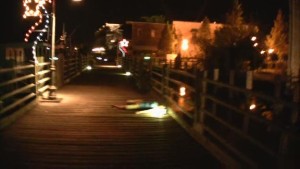 I noted three major detractions from the “documentary” conceit: The American oceanographer constantly carping (sorry) about his French partner’s accent; the fact that the fish the oceanographers examined didn’t quite look freshly caught; and the improbably framed closeups on one character’s face as he drove. Most convincing murder/suicide scene I can imagine, though. And the interactions between the doctor and the CDC were eerily instructive.

Rating From Outer Space: A− 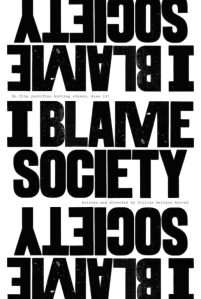 While I haven’t laughed this hard in a long time, I’m going to go out on a limb and guess there may be a lot of people who wouldn’t find this picture very funny. Maybe those folks would misconstrue the satirical nature of the meta commentary, remarked upon with such satisfaction by those living and working within its filmmaking milieu. It’s also probable that some people just don’t find murder to have much comedic value. If your taste runs toward extremely dark humor, however, and you’ve ever spent any time dallying with the art world, this should strike the correct nerve. A mockumentary of sorts that translates its anger into absurdities, the narrative follows Horvat as she embarks on a very special personal project. At first, her tentativeness and some awkward situations she establishes may evoke thoughts of Creep, but eventually this production abandons what little restraint it has demonstrated, perhaps to emphasize the lunacy lurking in its heart. Does it lose a bit of verisimilitude with this shift? Possibly, but there’s too much fun to be had for that to matter much.

I’ve used this exact phrase for years in attempts at arch commentary.

It’s one of the most enjoyable pictures I’ve seen since I started this blög, which as of this post has 335 reviews. (There are an additional 117 or so horror flix that have yet to be honored here, too.)

The filmmaker meets with some production bros twice along the way, and for anyone oblivious to her thesis, these scenes hammer it home. (The second session includes an aptly revealing indictment.) The various references to her
omnipresent cameras are also amply rewarding.

Rating From Outer Space: A