Well now, THIS is an unpleasant little flick. I mean, nothing in this picture is going to make a viewer feel very good, unless that viewer has got some serious issues. A few things may make the viewer laugh, sure, but this is a movie that is based around psychological problems brought about by severe child abuse, which it is suggested is itself a manifestation of psychological and/or emotional disability, and which itself is manifested in cruel, ugly, sadistic, misogynistic murder. (If you doubt that description, it involves a special room clad in stainless steel.) Oh, and extreme social dysfunction is added in just for kicks. On the upside, it’s got a disco theme underlying everything, and hallucinated ambulant corpses. Effectively dismal, better than I expected, and a reminder of how much I generally seem to enjoy films from this hopeless and beaten-down time period.

As a viewer with some serious issues, this is my kind of picture.

If you’re any kind of fan of exploitation flicks, grindhouse features, movies from the late seventies, or psychological problems, absolutely. This is one of the sorts of cinematic spectacles being aped stylistically by contemporary productions such as The House of the Devil or, I dunno, We Are Still Here, maybe.

as I thought Donny the murderous lunatic’s social awkwardness was portrayed brilliantly. In fact, I generally enjoyed Bobby’s presence throughout the proceedings, 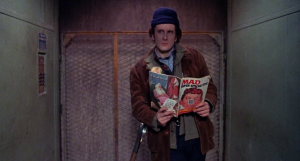 though I remain baffled by the fact that when he believes Donny is in danger, he fetches local parson Father Gerrity and not, you know, the police. 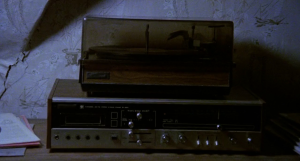