written and directed by douglas mckeown 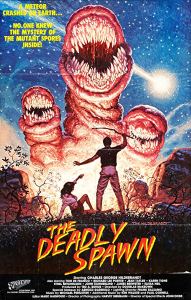 “A real meteorite! It’s red hot!”
“What?”
“I gotta get a picture of this!”
“Don’t forget the flash attachment.”

Now, THIS is how ya do the independent lower-budget horror film thing, people. Cheesy, knowing, and with a surprisingly interesting screenplay, this magnificent homage to space-invader creature features of days of yore is a total winner. From the classic gambit of the opening scenes that set the tone by employing characters unrelated to the action that follows, to the legitimately SHOCKING moment at film’s end, this production flirts with excellence throughout. True, the acting skills on display may not show much polish, the monstrous alien marauders are very obviously puppets and rubber props, and some of the fatal injuries inflicted are unconvincing, but the purity of intent delivers with delightful effect.

I’m not certain, but I think I came across this fetching title when I was randomly browsing through horror compendia, as I periodically do. 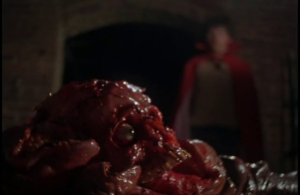 With the stipulation that you need to be in the mood for a picture of this type, I do recommend viewing this inspired presentation.

Truthfully, I greatly admired the lengthy, lively discussions about the scientific method amongst the college students, and the detailed attention paid to the décor of monster aficionado Charles’s bedroom. Too, the fact that the filmmakers did not shy away from exposing – nay, flaunting – their extraterrestrial creation is to their ultimate credit. The only real gripe I have is that the identity of some of the characters is a bit confusing initially, but that’s quickly resolved. Oh, and the camera lingers a little too long on some shots, particularly of Charles, to no discernible purpose. 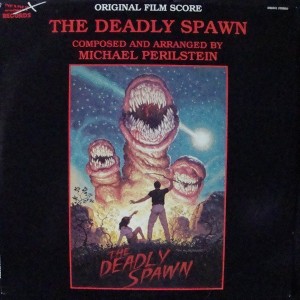