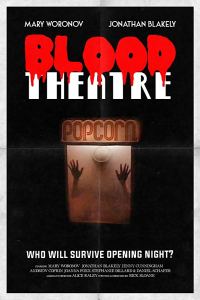 Oh, my. Technically speaking, this is a terrible movie … the kind in which the authorial credits intentionally may be misleading. (Purportedly, this is the directorial debut feature for Rick Sloane, and Alice Raley allegedly appears in it, but the title screens propose what’s reported up top, and who knows.) Honestly, it’s hard to say if this picture even aspires to being anything more than “terrible,” though it occasionally seems to think it’s attempting to ape the outrageous style of a John Waters film. (Among other factors, however, it lacks the élan of early Waters, along with the incisive writing.) The “acting” is perhaps middle-school level, the “humor” falls extremely flat, pacing is an afterthought, and even at barely 75 minutes it appears to contain an awful lot of padding. (The FX are intermittently effective, I’ll grant it that.) AND YET. Cliché though it may be, this heap transcends its ill-intentioned conception. If you “like” garbage cinema, that is – the standard disclaimer.

Its reputation preceded it.

How much weight is borne by one man’s opinion, one man wonders.

So this is where assessment gets tricky: throughout this tale of a cut-rate, scruple-free theater chain, several fake trailers – with names such as “Clown Whores of Hollywood” and “Nightmare of the Lost Whores” – are shown … and frankly, these may have been better ideas, even if they betray a certain lack of taste or deportment on behalf of their, uh, auteur. Who had previously screened the trailers. At which point we recall that this production is credited to somebody else. This particular faux film doesn’t have any actual ending or resolution; it just stops. 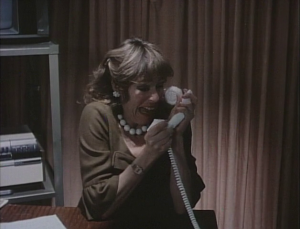