That this is somehow not the worst movie I’ve ever seen is really rather remarkable – and should probably be kind of embarrassing – given that not one single aspect of filmmaking is presented here with even the barest glimmer of competence. When the ending decides to play explicitly for humor, it underscores just how terrible the acting, pacing, delivery and screenwriting has been all along. Basically an extended music video for a fake band displaying most of the worst traits of the nadir of the hair metal era, this production also boasts some of the stupidest demonic puppetry imaginable and a surprise denouement that beggars belief nearly as strongly as it punches holes through whatever scant structure allegedly had been supporting the ramshackle works. And the songs! Maybe they were supposed to be humor as well, I don’t know, but “We Accept The Challenge” alone nearly had me weeping with incredulous near-hysteria. 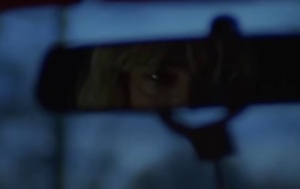 Yeah, I was wondering that, too, until I remembered that the director also helmed the following year’s Black Roses. 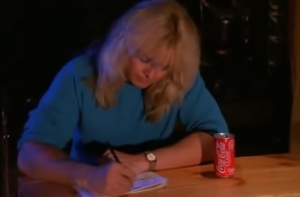 After the interminable opening scene(s) of this shot-on-video, uh, epic, its audience is treated to one of “John Triton” (“Jon Mikl Thor”) driving a van, from various angles and vantage points, for four solid minutes. “Holy crow,” I thought to myself, “this barely rises to the level of ‘inept.’” Was I ever in for a treat. The band rocking out is unintentionally (?) hilarious, the multiple sex scenes are absurd, the wandering “cinematography” is often pointless, the FX are silly, the “story” is inane (what there is of it), and the “acting” is cover-your-eyes awful. The music’s the BEST part!