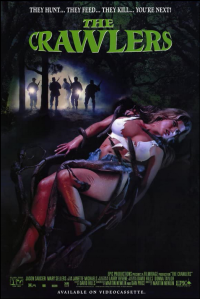 Grotesquely inept in all regards – I cannot think offhand of another film in which so many lines are flubbed – and graced with some of the most overwrought, overacted death scenes imaginable – especially given that in most cases, the victims are clearly flailing the unconvincing props about themselves – this Italian-produced eco-terror is a truly marvelous experience. Listing all the hilarity would take far too long for this allotted space, but suffice it to say this flick stands proudly, incoherently proclaiming its action/adventure “credentials.” (Among these,  “Costumes” are credited to Laura Gemser, who played “Emanuelle” in roughly 213 softcore flicks in the 1970s and early ’80s, and who was a longtime associate of producer/co-director Joe D’Amato.)

Why Did I Watch This MOvie? 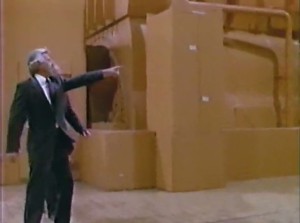 I was idly browsing the selections at Tubi and this description caught my attention: “The trees are alive with a taste for humans after they soak up toxic runoff from a local nuclear plant, forcing villagers to fight for their lives.” A quick peek promised nearly unparalleled shoddiness, and there you have it.

BRIAN: Listen, maybe we can call the Environmental Protection Agency. Look, they’re the only ones who’re even remotely qualified for this kind of situation. 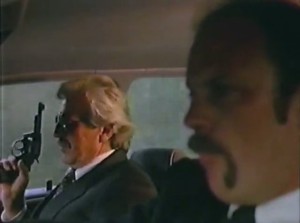 TAYLOR (“SCIENTIST”): No, no, we don’t have enough time … we get involved with people from Washington, no telling HOW long it’ll take.

BRIAN: Look, it is the only way! 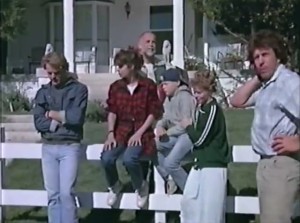 The death scene of the hired killers sent by the polluting corporation’s nefarious executive to eliminate no-good busybody Taylor is phenomenal, but the toxic dump cleanup takes the cake, as the townsfolk take no precautions whatsoever for handling any materials.