produced and directed by don gronquist 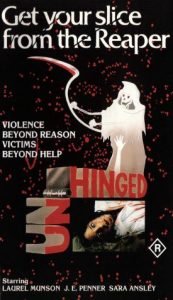 Ya know, I could swear I saw a capsule review of this one that claimed it was at LEAST as good as Halloween, a true forgotten classic of the genre and … yeah, no. Not really. Kinda dating itself in that not a whole lot of action takes place – killings or anything else – Unhinged is mostly an atmospheric study of some creepy people in an old house in the middle of nowhere, where three young women wind up secluded after a suspicious auto accident. (At least, I gather it was to be perceived as suspicious, in the fine cinematic tradition, but I couldn’t actually tell what caused it.) The SHOCKING TWIST ending in this one is not all that shocking, and neither is it all that plausible, even for a movie of this sort. This information probably should not come as any sort of surprise to you.

In what may become a noticeable pattern, I was quite taken by the title, and further investigation – reviews such as the one mentioned above, a few still shots – made it sound a lot more interesting than it proved to be.

It is most likely that you could find a better use of your time, even if only to check out a better movie of this ilk.

It’s always fun when a picture apparently forgets a character along the way, and it is likewise often aggravating when one seems to hint at an intricate web of hidden secrets when there may, in fact, be no such thing. Could be I’m reading too much into minor points that only exist to flesh out the running time. 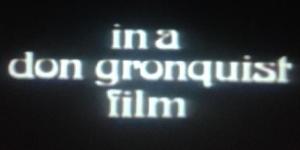