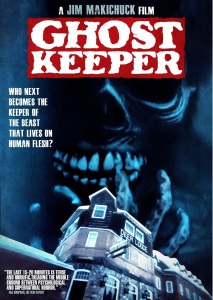 Early in this film, the viewer is treated to more than a few meandering shots of nothing in particular that go on for a little too long, in lieu of any action. (Such shots also recur toward the end.) Primarily concerned with mood, the first third of this flick focuses on a subset of what we’re told is a New Year’s holiday group outing in the wilds of Canada, an unsteady troika consisting of a couple plus a third wheel who seems to have more on her mind. Though the tryst we expect never occurs, despite the promising setup of a bathtub scene, two of the smarmy city slickers do rub the small-town folk the wrong way. Meanwhile, hints are made of mental instability in the partnered woman’s past – this is obviously foreshadowing – and as the first victim is claimed, things start getting weird. Though we never get much explanation about what, exactly, is the entity being “kept,” the resolution we expect 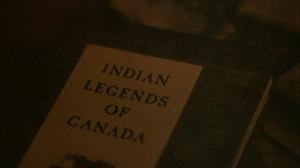 is preceded by some unforeseen developments. Altogether, this no-budget obscurity is pretty effective and surprisingly enjoyable – even with all the interminable shots of people floundering around in deep snow.

It tangentially has a “New Year’s Eve” theme. 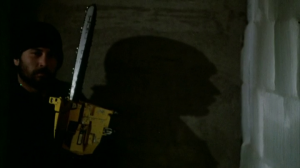 While I wouldn’t recommend that you race right out to the “video store,” if you stumble across it you’ll probably get a kick out of it. 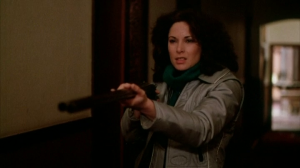 I also enjoyed the scenes involving snowshoeing, as you don’t come across those very often. It was dismaying to find out that had he the budget, the director would have ruined this film completely with an ending that was “a whole lot bigger.”

rating from outer space: b+ 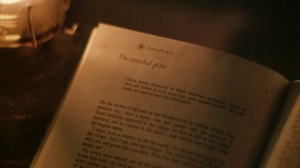