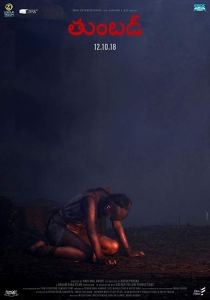 This period piece spans the era when India transitioned into independence, presenting a kind of fable steeped in mythology and the dark underbelly – the womb, actually – of religion. As much a fantastical work as anything else, it’s surprising to find it took six years to complete, because it’s of a unified vision and weaves its story powerfully. I guess the best way to describe its genre would be “magical realism,” as its tale of several generations of one family’s struggle with and against a curse of sorts remains grounded in actuality while having at its core a bizarre relationship with the otherworldly. It’s engrossing throughout, captivating even, despite (or in spite of) its capricious and largely unlikable main character – a bit like There Will Be Blood, perhaps. At worst, it’s intriguing, and at its best it can be spectacular.

Described as a story about a goddess who created the universe and the problems that arose when people unwisely began to worship her firstborn son, who is effectively exiled and imprisoned, it sounded like a unique experience … and it is, even as at least part of that description isn’t altogether accurate.

You’ll need to set aside some time, as it’s an immersive experience.

I didn’t particularly care for the ending, as it doesn’t seem to hew closely enough to the depiction of the essential powers at play throughout the rest of the picture – and I like it even less now that I have learned that a sequel is planned. (Sigh.) The film looks great overall, I mean it’s visually arresting, and it carries various of its conceits to their full extent.