Had I seen this one before? That’s not a rhetorical device damning this picture for predictability or anything; I kept having a strange sense of déjà vu at different times as I watched it. Boy, this is one sleazy flick – especially given that there’s only one scene of semi-nudity (a purported teenager’s back). What you have here is the tale of a very questionable orphanage, governed by a woman in cahoots with both the local caseworker and her dead husband (well, sorta), ably assisted by a drunken goon played by the guy who would later be known as Seinfeld’s Uncle Leo, dispatching supposedly runaway teens but pocketing their state funds anyway thanks to an overused walk-in freezer in the basement. But then the new girl upsets the applecart, only for it eventually to be discovered that nothing is as it seems! Except for all the things that are exactly as they seem, of course, and perhaps one or more revelations that you may anticipate.

I have contemplated watching this movie multiple times before, and I cannot tell you why exactly I went ahead with it this time.

While I don’t think one could call this a “classic,” even among the ranks of drive-in throwaways, it’s got a lot going for it. 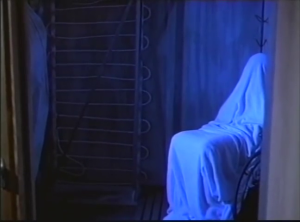 Just about every character in this drama is disreputable in one way or another, which makes for a pretty good time. Overall, the story is fairly plausible, even if in an Erskine Caldwell kind of way. The leads – Vic Tayback, Gloria Grahame, Melody Patterson, the aforementioned Len Lesser – are all appropriately sordid. The “blood” is unmistakably red paint.

rating from outer space: b+ 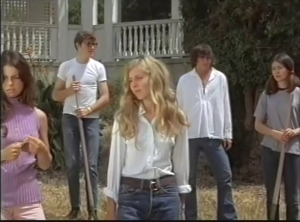