The sort of very British suspense film wherein almost nothing is revealed straightaway until very far along in the programme, where events suggest the audience’s guesswork is the main impetus, the most effective thing this production had going for it was that its tale of English ladies touring the French countryside exhibited no translation. Hence, the viewer was not to be informed of what the natives were saying, rendering that viewer as helpless – and perhaps as clueless – as the protagonist. Unless said viewer were to possess some command of the French language, that is, in which case he or she likely deduced where this case of mysterious identities and shifting suspicions would

conclude. Pacing presented the major problem – though establishing a setting and a mood is important, those factors probably didn’t need quite so much development, especially in the interminably plodding final third. I mean, here’s the plot: A girl goes missing.

A while back I was scanning blurbs for ’70s flicks and saw this one described as an atmospheric something something with a chilling blah blah blah, and I was persuaded. 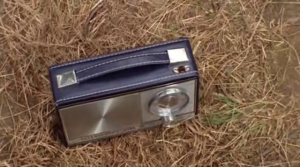 I did not find it particularly noteworthy. 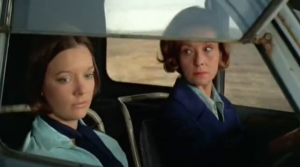 I’ll tip my cap to the almost completely pointless diversion in the middle of this muddle, where the lead encounters a deaf war veteran in a farmyard of sorts, to no apparent purpose. It was also intriguing that for a movie contrived around birds on a bicycle trip, neither young lady seemed particularly adept at riding. The ongoing attempts to cast doubt as to the perpetrator’s identity eventually approached crisis proportions. A potent moment: when the whereabouts of the missing companion were revealed.