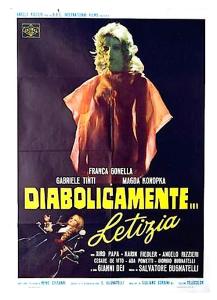 An incoherent mess, badly restored from scraps and thus chock-full of abrupt transitions and missing moments – and clumsily subtitled to boot – it’s doubtful this picture could have been any better in pristine original condition. Letizia is supposed to be a boarding school student; she clearly isn’t. She exercises some sort of nefarious mind control, mainly to direct others’ sexual urges while someone takes blackmail photos, but also occasionally to create terrifying visions to torment her prey. Not even a hint of why she may be doing any of this is given until the very end, and it seems 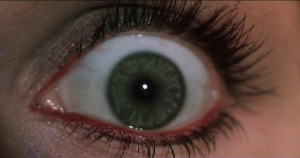 Look, I try to keep things as high-minded as possible around here, given that all I do is scribble out 300-word capsule reviews of the products of a typically lowbrow art form, but you know I’m not ignoring a title like this one. 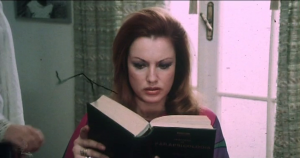 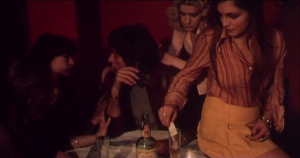 The delicate interplay between Magda Konopka’s overacting and Franca Gonella’s somnambulant performance is a study in contrasts. Fittingly, that sentence means nothing. Oh, I neglected to mention Letizia’s occultist trainer? That’s too bad.