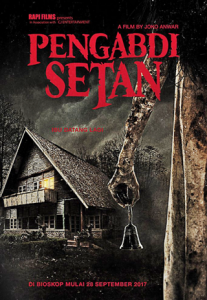 So close, so very close … Man, this Indonesian remake-of-sorts could have been the stuff of legend, a terrifying spectacle difficult to withstand, but it just can’t pull it off, leaving us with a rather standard malevolent-spirits Asian spookfest. That’s a shame, because all of the necessary elements are on hand:

Okay, maybe that last one isn’t part of the usual checklist, and an American version would probably substitute some Christian BS, but yes, it’s all there and then some. Despite that, it really never manages to terrify, possibly as a result of the fact that one can generally predict when it’s about to make the attempt. Not a bad film, mind you, but were this, oh, I don’t know, baseball, it would be a fat pitch down the middle fouled straight back instead of clouted over the fence. My, what could have been.

The synopsis: “After dying from a strange illness that she suffered for 3 years, a mother returns home to pick up her children.” Uh, yeah, I’m in.

For right now, I’m going to say no, you can do better for this type of thing. But allow me to watch the 1980 original and get back to you.

The family’s interactions – particularly the children’s – are pretty truthful, and contain a fantastic switcheroo that I can’t reveal more of without spoiling the fun. In addition, the roles of the Ustād and his son contribute a great deal in a relatively brief time. Ultimately, however, there’s no real payoff here, and the big reveals are no big deal. 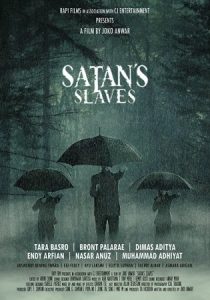