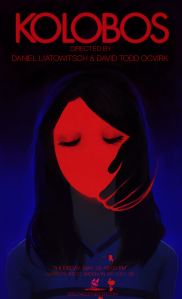 This indie flick started off terribly and I was all set for major disappointment, but it picked up fairly nicely after that – until a certain repetitiveness of a key theme began to wear on me during the middle of the action … and ultimately led into an unfortunate, cut-and-dried resolution. But although that end result felt compromised and was more than a bit of a letdown, getting there turned out to be pretty interesting anyway – despite the fact that not very much about this production could be called “original.” Some strangers agree to live together in a house for some reason or another, carnage ensues, and so forth. There’s a supernatural element, or IS there. Which character(s) can’t be trusted, and why. Did it really happen. You get the idea. At times, however, it’s very nearly professional, and with a little more ingenuity could’ve been pretty special.

When I was compiling my list of 1990s features, this one stood out because of its unaffiliated nature and a description that made it sound a lot more challenging than it proved to be. 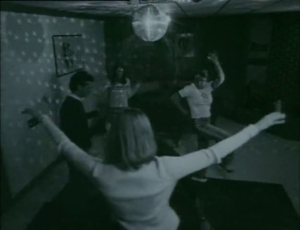 If you enjoy very independent horror pix, sure, why not.

After the excruciating opening scenes, the writing got a lot better and the characterizations matured. Despite some stock setups – oh, hey, the power went out, imagine that – effective tension was maintained for the majority of the runtime. I enjoyed a bit of a Killbots vibe that unexpectedly surfaced ( probably unintentionally). The overly predictable cop-out ending didn’t help matters much, but the fake horror movie series embedded within the storyline (“The Slaughterhouse Factor”) was a nice touch. 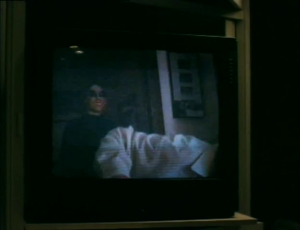