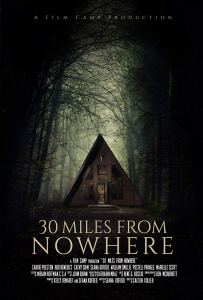 I’ll admit I’m biased, but good writing has saved many a movie, and if you can add good acting on top of that, well, then you can get a lot of mileage out of a well-worn scenario. This quirky, offbeat indie comedy thriller is really more about its ensemble cast than its afterthought plot or minimal scares. Which is not to say it doesn’t keep one in suspense; it does, albeit mildly, but what this movie does better than anything else is establish one long setup for a sucker punch. Slight though the overall effect of this picture may be, it will impress you with its panache. A worthy diversion whenever you need a break from whatever the hell TV programming you watch.

I rather randomly wound up on some dubious streaming site and this title was hanging out there and I looked at the description and thought what the hey. An insight into my procedures: Six or seven flicks in toto were selected initially; only this and one other survived.

I really wanna say this is a horror picture for the NPR crowd, without being able to define that very strictly, and not wanting to make this some sorta cultural football. But it concerns research psychologists, for crying out loud.

Everyone in this film apparently is some stripe of known television personality, but as I pretty much only watch horror flicks and baseball, I did not recognize any of them.

As hinted above, I greatly enjoyed the snappy dialogue writing, which managed the tricky feat of being highly literate without sounding forced or overly theatrical. And the performances were excellent across the board. 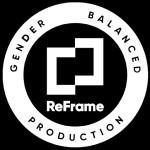