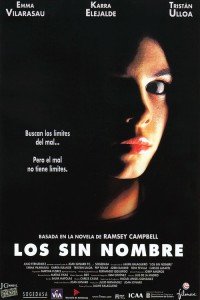 Am I DONE with these ’90s movies yet. (No! There’s one more still to come!) Here we go with more metaphysical mumbo-jumbo, this time involving some sorta evil-worshiping cult whose aim is to … uh … to produce a pure evil being. I guess. I kinda wasn’t paying very careful attention, having been distracted by fragmentary flashbacks (à la Haunts) that for some reason made me think of Jacob’s Ladder – while also being discomfited by descriptions of the baddies’ philosophy that veered a little too close to that espoused in Martyrs, a movie of which I do not wish to do much contemplating or revisiting. All the rest of it is police-procedural-horror-mystery mashup, occasionally leavened by the inelegantly dubbed (and somewhat inaccurate) dialogue, and abrupt edits that provoked thoughts of rerelease abridgement. And with all of THAT being said, the end note still is fiendishly sour … but by the time it’s sounded, it doesn’t reverberate enough. Alas.

Remember when I started my quixotic quest to catch up on scary movies from the 1990s? I made a looooooooong list. 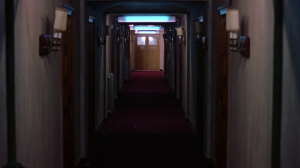 You have seen a lotta pictures very similar to this one.

Some of the action involves the exciting world of print journalism, so that was a plus for me personally. The conclusion, though fairly predictable, was also a bit more twisted than expected, but also exemplified one of this flick’s biggest problems. The existence of the weirdo title sect is given little attention and next to no development, which robs the production of its best opportunity to strike chills in the hearts of mortals (or equivalent). All the lip service paid to Nazis and theories of EVIL and this-and-that is mundane wasted exposition. 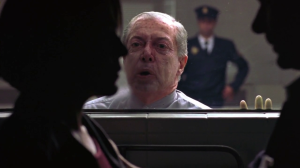