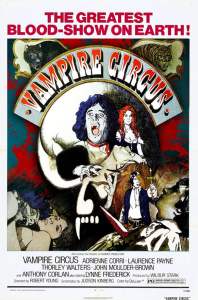 “Better no mother than a mother that worships the devil!” proclaims a vindictive villager as this picture comes out with all guns blazing. (Torches, actually.) I immediately wondered if I needed to start watching everything with the Hammer name from this time period. Child slaughter, nudity, lust, arson, mayhem … and that was all in the first 15 minutes, before the credits ended. Things settle down after that, once the gypsies show up with the “Circus of Nights,” although a hearty massacre of three members of a family – by a panther – does find its way in there. (The panther is rather amusingly animated and exaggerated by the FX of the day.) Despite getting a bit bogged down in the villagers’ struggle to understand what has befallen them, however, enough eldritch touches recur to keep things moving along nicely toward the expected ending. 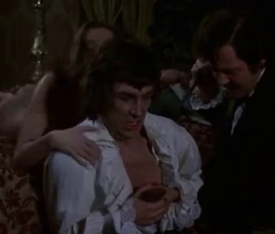 Look, I try my best to keep my motives pure and my intellectual pursuits respectable, but this damn flick is called “Vampire Circus.” 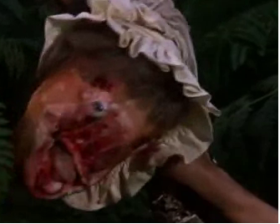 If you don’t find the title “Vampire Circus” deliriously fetching, then probably not.

The Circus has an attraction called “Mirror of Life,” and it is within this enclosed tent that nefarious truths are revealed, of course. One of the scenes that takes place in said location is pretty impressively intimidating. Some of the moments when the main vampiric henchman Emil brandishes his fangs verge on silly. Oh, and if you’re keeping track, herein it is once again revealed that removing the stake from the undead’s heart will allow it to return to its imitation of life. So apparently I forgot that bit of mythology somewhere along the way. 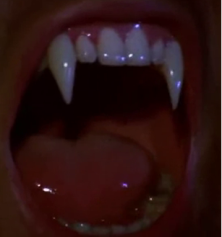